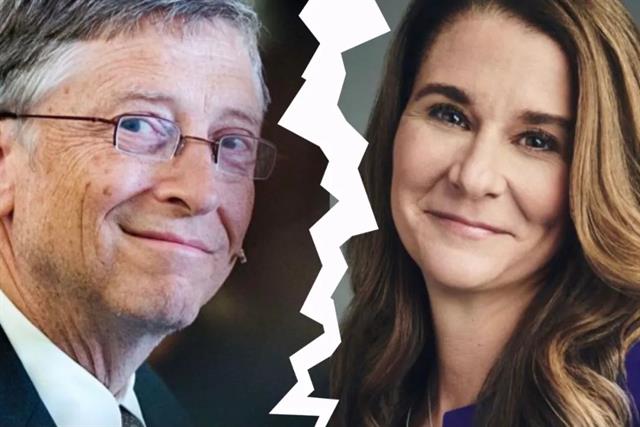 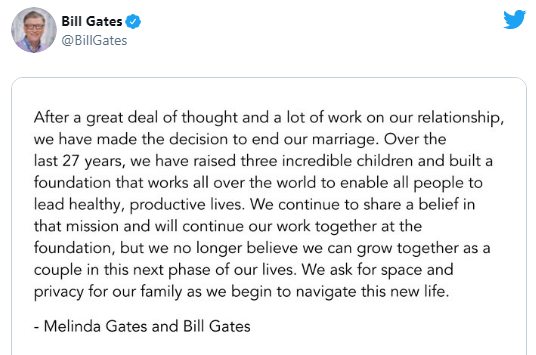 'Till death do us part.' When we get married, we make vows. To love, to honor, to forsake all others. Or as a friend of mine put it, 'Not to leave dirty socks all over the house.' We may fall short of some of our promises, some of the time, but one that will always hold true is that first one: 'Till death do us part.'

Because spouses are bound together by their decisions in marriage and in divorce. So, a mentor of mine once told me, 'You should always marry your second husband first.' What did that mean? It didn t mean that Mr Right is somehow waiting behind door number two.

It meant that if you want to understand what makes a marriage work, you should think about how a marriage ends. Divorce makes extremely explicit what the tacit rules of marriage are. And everyone should understand those rules, because doing so can help us build better marriages from the beginning.

I know, it doesn t sound very romantic, but sometimes the things we do out of love can be the very things that make it hard for that love to last. I am a family-law professor. I have taught students, I ve been an attorney, I m a mediator, and I ve also been divorced.

And I m now happily married to my actual second husband. The reason that I think this is so important is that I think everyone should be having some of these very painful conversations that divorced people experience.

These are painful conversations about what we contributed, what we owe, what we are willing to give, and what we give up. And also, what s important to us. Those conversations should be happening in a good marriage, not after it is broken.

Because when you wait until it s broken, it s too late.But if you have them early on, they can actually help build a better marriage. Three ideas that I want to put on the table for you to consider.

One, sacrifice should be thought of as a fair exchange. Two, there s no such thing as free childcare. And three, what s yours probably becomes ours. So let me talk about each of these ideas.

The first one, sacrifice should be a fair exchange.Take the example of Lisa and Andy. Lisa decides to go to medical school early in the marriage, and Andy works to support them. And Andy works night shifts in order to do that, and he also gives up a great job in another city. He does this out of love.

But of course, he also understands that Lisa s degree will benefit them both in the end. But after a few years, Andy becomes neglected and resentful. And he starts drinking heavily. And Lisa looks at her life, and she looks at Andy and she thinks, 'This is not the bargain I wanted to make.'

A couple of years go by, she graduates from medical school, and she files for a divorce. So in my perfect world, some kind of marriage mediator would have been able to talk to them before Lisa went to medical school.

So in a divorce, Lisa now probably is going to owe Andy financial support for years. And Andy... no amount of financial support is going to make him feel compensated for what he gave up and the lost traction in his career. If the two of them had thought about their split early on,what might have gone differently?

Well, it s possible that Lisa would have decided that she would take loans or work a part-time job in order to support her own tuition,so that Andy wouldn t have had to bear the entire burden for that.

And Andy might have decided to take that job in that other city, and maybe the two of them would have commuted for a couple of years, while Lisa finished her degree. So let s take another couple, Emily and Deb.They live in a big city, they have two children, they both work.

Emily gets a job in a small town, and they decide to move there together. And Dequits her job to look after the children full-time. Deb leaves behind an extended family, her friends and a job that she really liked. And in that small town, Deb starts to feel isolated and lonely.

And 10 years later, Deb has an affair,and things fall apart. Now, the marriage mediator who would have come in before they moved and before Deb quit her job might have asked them, 'What do your choices about childcare do to the obligations you have to each other?

How do they affect your relationship? Because you have to remember that there is no such thing as free childcare. If the two of them had thought about their split beforehand,what would have gone differently?

Well, maybe Deb would have realized a little better how much her family and her friends were important to her precisely in what she was taking on which is full-time parenthood.

Perhaps Emily, in weighing the excitement of the new job offer, might have also thought about what that would mean for the cost to Deb, and what would be owed to Deb as a result of her taking on full-time parenthood. So, let s go back to Lisa and Andy.

Lisa had an inheritance from her grandmother before the marriage. And when they got married, they bought a home, and Lisa put that inheritance toward a down payment on that home. And then Andy of course worked to make the mortgage payments. And all of their premarital and marital property became joined.

And how does that choice actually support the security of the marriage? Because you have to remember that what s yours, probably, will become ours,unless you actually are mindful and take steps to do otherwise.'

So if they had thought about their split,maybe they would have decided differently, maybe Lisa would have thought, 'Maybe the inheritance can stay separate,' and saved for a day when they might actually need it.

And maybe the mortgage that they took on wouldn t have been as onerous, and maybe Andy wouldn t have had to work so hard to make those payments. And maybe he would have become less resentful. Maybe they would have lived in a smaller house and been content to do that.

The point is, if they had had a divorce-conscious discussion about what to keep separate, their marriage might have been more connected and more together. Too often in marriage, we make sacrifices,and we demand them without reckoning their cost.

But there is wisdom in looking at the price tags attached to our marital decisions in just the way that divorce law teaches us to do. What I want is for people to think about their marital bargains through the lens of divorce.

So basically, what I want to leave you with is that in marriage or divorce, people should think about the way that 'till death do us part' marriage is forever.